Vines were planted in Gascony in Gallo-Roman times and developed throughout the Middle Ages. In 1310, Master Vital Dufour, prior of Eauze, describes the "40 virtues of the ardent aygue", which makes armagnac the oldest brandy in France. In 1373, the "Privilege of Bordeaux" is decided by Edward III: it forbids the wines of the "high country" of which Gascony is a part, to reach the port of Bordeaux before Christmas, thus reducing considerably their marketing. It was at this time that the distillation of white wines was developed, allowing the conservation of these wines and a reduction in transport costs. Trade with the Dutch, who were lovers of these eaux-de-vie, was the trigger for the increase in production in the 17th and 18th centuries. The techniques of ageing under wood appear progressively. They allow an evolution of the color, the roundness and the aromas of the Armagnac.

Until the 18th century, distillation was carried out using repasse boilers. In 1814, Tuilière filed in Auch the patent of a still with regular and continuous operation. It was adopted and improved by the distillers and manufacturers of the region. Thus, from the 19th century onwards, continuous distillation became the majority, with the use of multi-stage column stills, whose development in the region led to its being called the Armagnac still.

In the 19th century, the region's merchants built cellars specifically for Armagnac and invested in improving the quality of the eaux-de-vie. Thus, the techniques of blending and the control of ageing are more and more mastered.

Recognition as an appellation d'origine contrôlée was obtained by the decree of August 6, 1936. 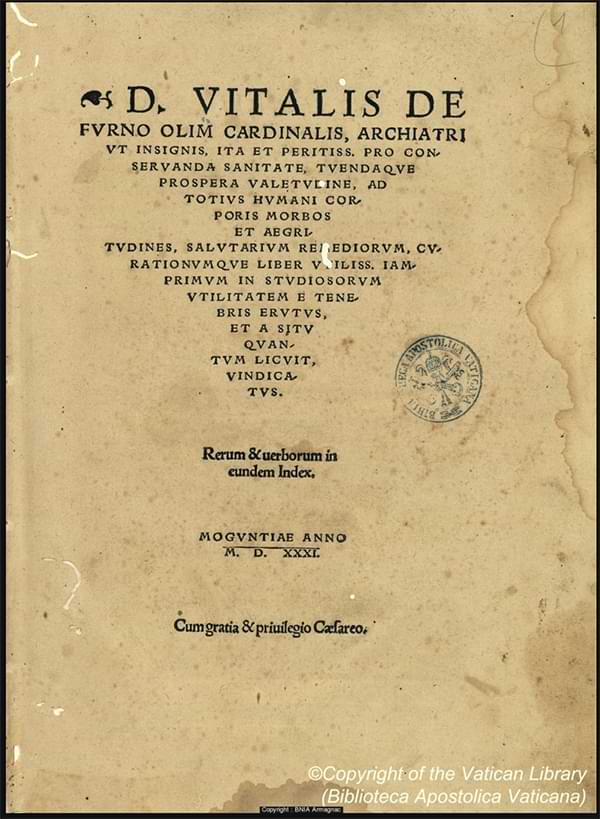 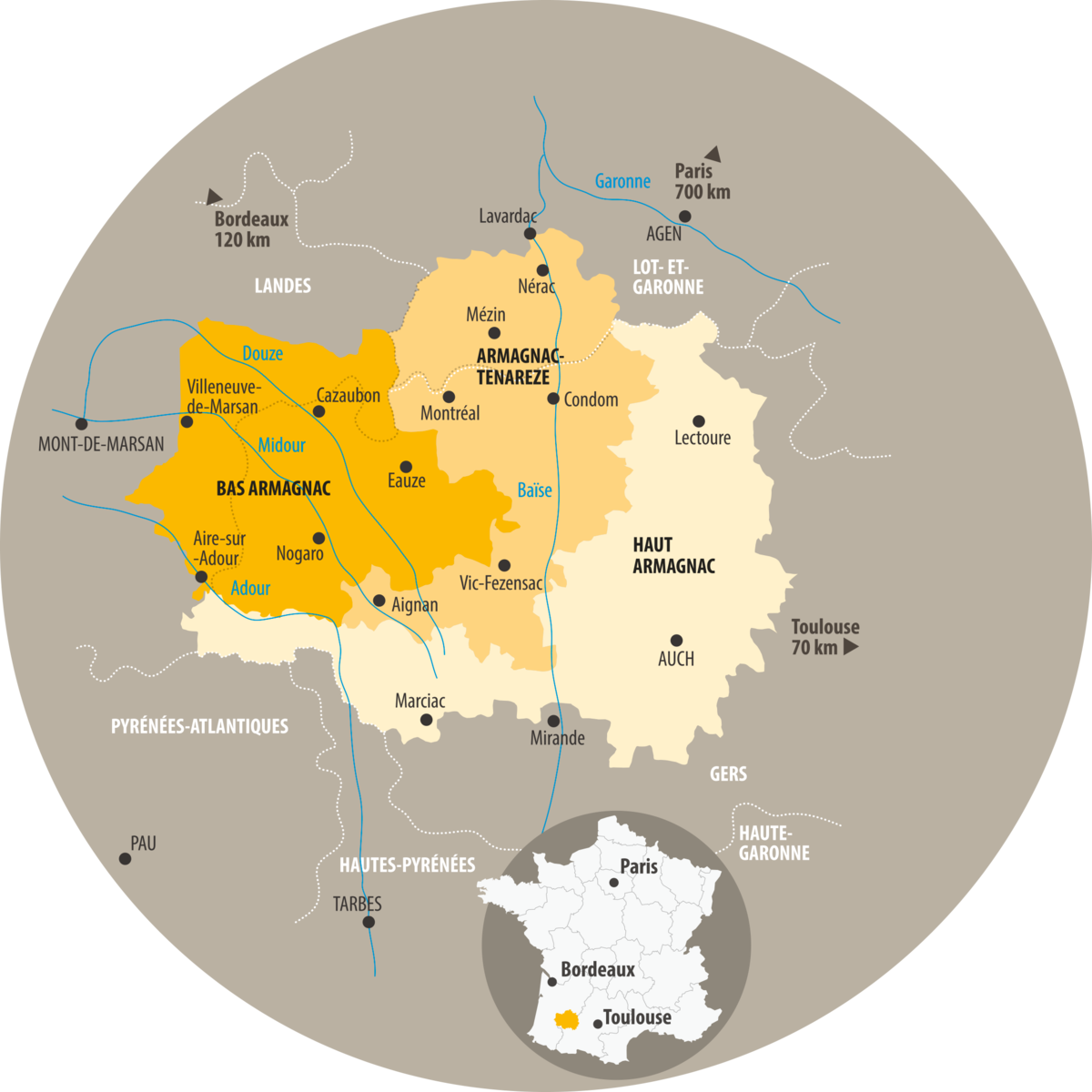 Armagnac is one of the first French wine productions to have been subject to a set of rules of elaboration and organization in order to protect its uses and structure its production. Thus, since the decree of May 25, 1909, the terroir is divided into three geographical areas (like the five Cognac crus): Bas-Armagnac, Armagnac-Ténarèze and Haut-Armagnac, spread over three departments: Gers, Landes and Lot-et-Garonne.

Armagnac : a white wine brandy, made from one or more grape varieties authorized by the AOC:

And the much rarer (a few hectares) :

The vinification is done in a natural way, with wild and local yeasts. 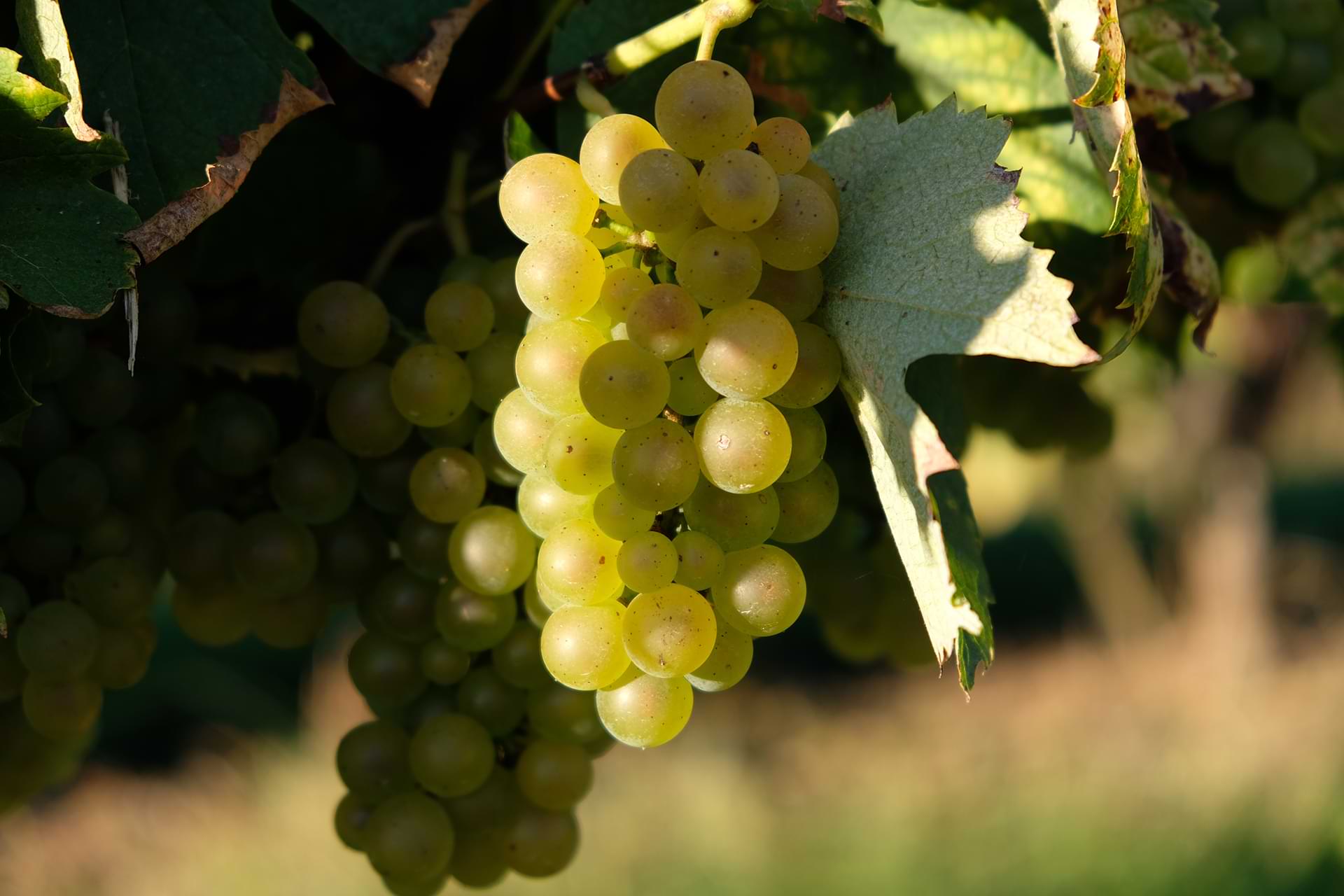 The distillation is carried out in an "armagnacais" still, that is to say with continuous distillation (contrary to the cognaçais), often still fed with wood fire.
It is then aged for several years in oak barrels (up to 50 years!) to be marketed in blends of several harvests, or in vintages (one harvest year).

The barrels, called pieces, are about 420 L and are made with oak from the forests of Gascony, Limousin, sometimes even with the oaks of the domain: the quintessence of the soil!